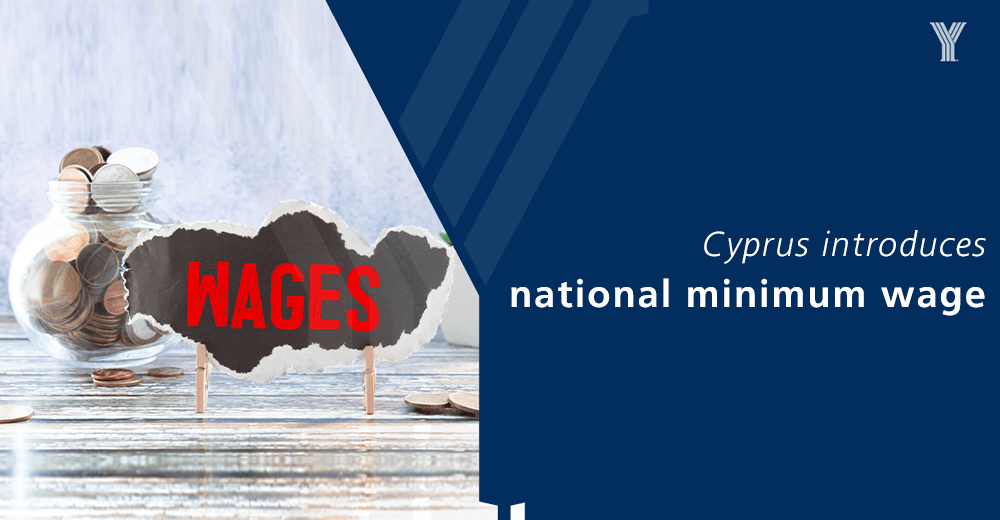 On the 31st of August 2022 after lengthy consultations between the various stakeholders and the Ministry of Labour and Social Insurance, the Council of Ministers of Cyprus has issued the Minimum Wage Decree of 2022 (which was published in the official gazette on 2 September 2022) setting the national minimum wage.

The decree which will come into effect on the 1st of January 2023, sets the minimum initial monthly gross salary to €885 for every employee who is working on a full-time basis and following a continuous 6-month employment with the same employer, the gross monthly salary will be increased to €940. The working hours should remain the same as the day the decree was issued.

The following categories of workers are excluded from the application of the decree: domestic workers, workers in the shipping, farming and livestock handling industries, workers in the tourism industry working under 2020 Tourism Industry Minimum Wage decree and people receiving training for a degree or a professional qualification.

In cases where an employer provides food and/or accommodation to the employee, it will be possible (subject to an agreement to this effect between the employer and the employee) for the monthly salary to be reduced by 15 per cent and/or 10 per cent respectively. The employee has the right to terminate this condition by providing 45 days of notice.

Furthermore, the decree stipulates that, in the case of seasonal workers under the age of 18 (provided that the seasonal employment is for a maximum period of 2 months) the minimum wage may be reduced by 25 per cent, provided that no other reductions are made pursuant to the provisions of the decree (for example deductions in the event that food and/or accommodation are also provided).

The minimum wage will be reviewed one year after its implementation (i.e. on 1 January 2024) and thereafter every two years following recommendations by the readjustment committee (established under the decree) and the Minister of Labour to the Council of Ministers.

Until the end of the current year, the 2012 Minimum Salary Decree will be remain in force which is of more limited application than the Minimum Wage Decree of 2022 as it only applies to sales staff, clerical workers, auxiliary healthcare staff (personal care staff), auxiliary staff (child care staff) in nursery schools, in crèches and in schools, security guards, caretakers and cleaners.

The 2012 decree fixed the monthly minimum wage for seven of the above nine occupations while it provided for a minimum hourly rate of pay for security guards and cleaners of business premises.